I’m writing this one week after our incredible 3-2 upset over previously unbeaten Shaw Lane Aquaforce, who were at that point joint league leaders, in what was probably the best game of soccer I’ve ever witnessed in my life, because it had everything, from our opening goal one minute in, to going 1-2 down at half-time, to pulling equal, and finally clinching the winner five minutes from full time – you couldn’t have scripted a better fairy-tale, and a fine ending to our run of losses away from home which we knew didn’t reflect our quality, or the football we know we can force teams to engage in when on our home turf. But again, this season is about consolidation in the Second Division, as part of bigger plans for AFC Unity. 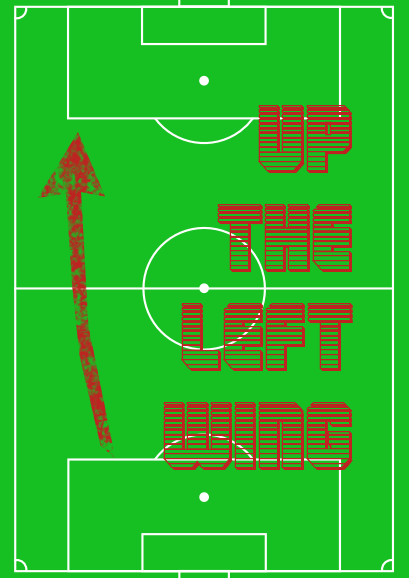 Getting an organisation like ours off the ground in the grassroots game is always a challenge, and even more so when you’re anchored to your motto of ‘integrity’ and doing things the right way, rather than the easy way. Not everyone sees a football club as having a key part to play in its community, but for me that attitude is what’s allowed the sport to become dominated and damaged by profit, reducing it to a business, and disconnecting it completely from honest, decent working class people. That’s why we’re an alternative football club – and why we will keep our roots firmly in these areas.

The volunteering opportunities we provide exist as much to give back to the community as to help our organisation grow – such involvement is important for AFC Unity since our resources are limited, with no subsidies from a men’s team (when such clubs actually pass on any rewards reaped on to their women’s teams, which doesn’t always happen, by the way – they’re often treated like tokens to make money from). Every volunteer we take on has a goal in mind for how their own prospects can be improved by participating with us, and it just so happens that we have had top-notch volunteers such as the passionate Anna Pickering focused on sports psychology, knowledgeable Jarrod Skervin in sports physio, and sports journalist Finola Fitzpatrick, who’s been an absolute force of nature for us and really raised the profile of our Football for Food campaign.

The Football for Food campaign was originally my co-founder Jane Watkinson’s idea, as a simple bread-and-butter issue AFC Unity could tackle in a pragmatic way – dealing with food poverty in our city via our collaboration with Sheffield Food Collective and the backing of our sponsors, Nourish. It’s another reminder that, in the grand scheme of things, football isn’t the be-all, end-all, and should only exist because of community, not in spite of it. We’re here for what good we can do socially – and the more successful we become on the pitch, the more effective we’ll be at doing some good.

Probably the biggest supporters of the AFC Unity concept since day one have been South Yorkshire Sport who, more than any other organisation, have helped us avoid the collapse so many women’s teams succumb to, whether associated with a men’s side or not. No one has done so much to get behind the good we’ve tried to do, or to make sure we’ve kept going when we’ve felt browbeaten. Stuart Rogers, in particular, has been a guardian angel for AFC Unity, and I don’t mind saying it, and it was our director Anna Cordwell who first put us on to South Yorkshire Sport so we could connect with him. One thing he said recently was, ‘AFC Unity are developing good people, not just good players.’ One of his colleagues then backed up that statement by suggesting that this was essentially the USP of AFC Unity.

My dad – a former grassroots player and referee – always said that soccer tends to attract ‘really unintelligent, thick people’ at the top. And it’s true, because who in heaven’s name would want to take on a job as a player, contributing nothing at all to society than kicking a ball around a piece of grass? People do this stuff as a hobby; heck, our players actually pay to play! No, football should be about enjoyment, about covering costs and giving back to the community, and our players value that. Good people, not just good players. 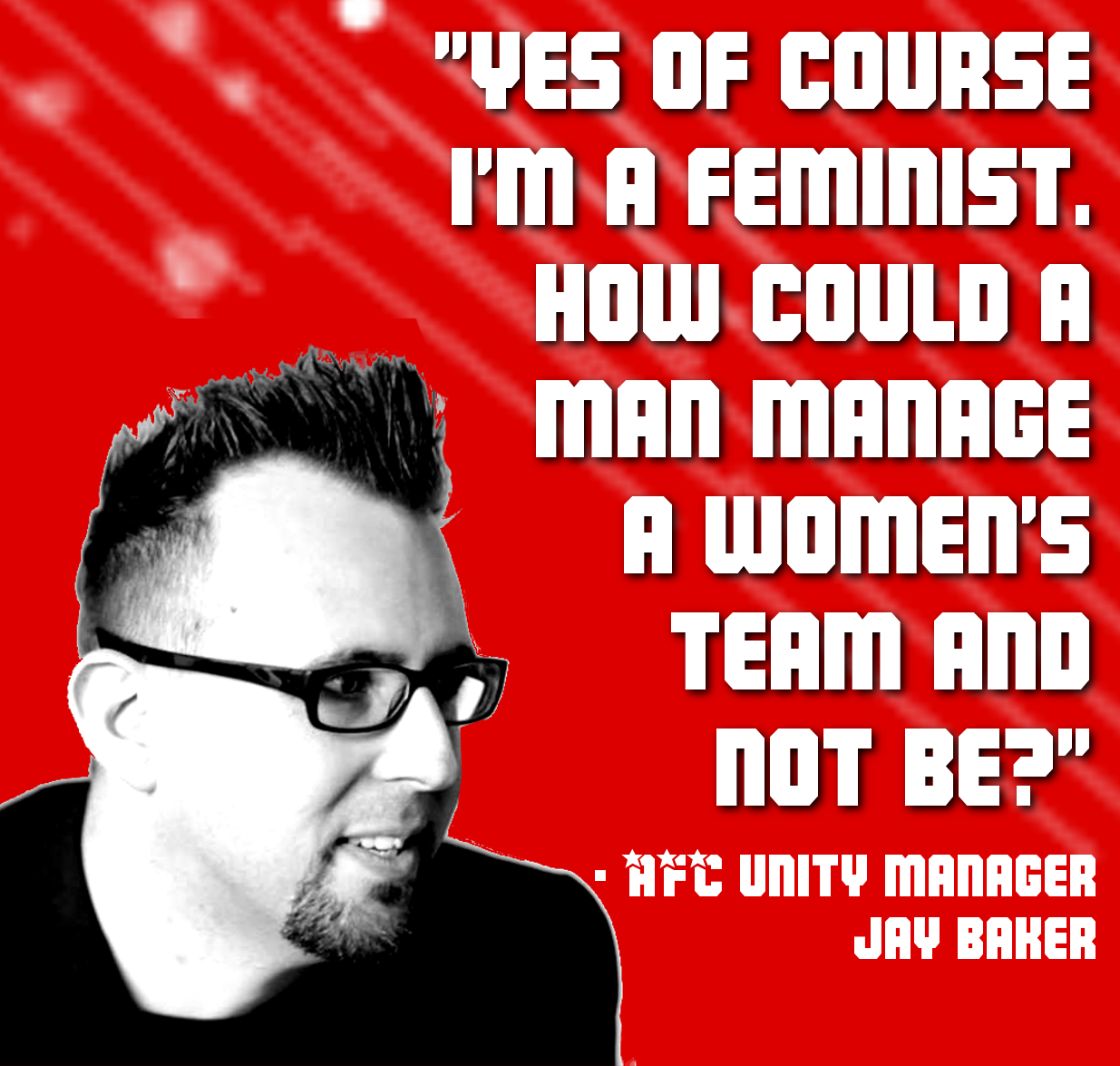 I see so many misogynistic managers who just don’t get women’s soccer, and instead use their teams as an opportunity to vent their frustrations after a long week, and regain some sense of power, and that aggressive attitude is reflected in turn by their players swearing, shouting and cheating on the pitch. I happen to feel like I have enough responsibilities in my working week without grasping for more power on a Sunday, or at training on Monday – you can’t have rights without responsibilities, and ultimately it’s the manager’s duty to take the flak when things go wrong (since he or she is coaching the players), but take the credit for when things go right? I don’t think so. I don’t see how that helps women’s football or how any manager can lead a women’s team without being a feminist. It’s about empowering these women, simply guiding them, but letting them enjoy their football and showing that it’s them – not some man – that are enacting plans on the pitch. It’s their game. They’ve stood in the shadow of men long enough, thanks, without me getting in there and making it about me. That is not why I do this.

The coaching approach I take is designed to reflect all this as well, and it’s one I’m happy to share, because I’d like to see it emulated more by those secure enough to take coaching tips from a lowly Level 1 like myself who isn’t one of those at the top, but comes instead from the bottom – the community sector:

I’ll leave it there for now, but I thought I’d throw out there how our coaching approach is designed to reflect our ethos, and how in turn this way of doing things gets the ethos reflected by the players. It’s not for everyone, I know – some prefer screaming, shouting, intimidating, and see football as war, and to be fair, for some it might as well be since their jobs depend on it in big clubs. But I prefer hope over fear – football is just a part of society, and society needs a little more of that, don’t you agree?