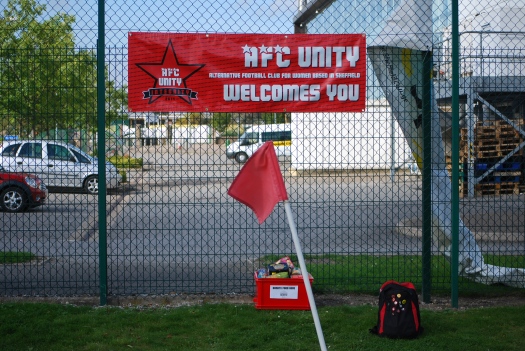 Back in 2015, AFC Unity became one of the very first football clubs in the country to attempt to utilise the sport in a way that can tackle food poverty.

The Football for Food campaign was launched, with food donations made at home games, events, the first Awards Night, and even a specific Tournament dedicated to it, attracting teams from all across the country. All in all, AFC Unity collected 908kg of food that was distributed to local food banks.

Since then, other football clubs from non-league to the Premiership have joined the cause, encouraging supporters to keep the link between their team and their community. AFC Unity have continued to spur teams on to not only take part when playing against AFC Unity, but at their other games as well – in-keeping with Unity’s mission of grassroots football being utilised as a uniting force for positive social change.

In order to keep that commitment, a strategy was formed at the most recent of the unique Team Meetings  – where AFC Unity players, as key stakeholders, make decisions on the direction of the club and its campaigns and activities, fed back to the Board of Directors.

Recently, especially when AFC Unity had two teams, Football for Food events had seen a decrease due to the commitment needed from players to coordinate food bank deliveries.

However, at last month’s Team Meeting it was decided to bring back Football for Food for every game at AFC Unity’s new home of Sheffield Park Academy, which is located close to two food banks!

Not only that, but players proposed taking the drive even further than ever before – and accepting food donations at away games as well! Of course, this will depend on the hosting teams and is yet to be finalised. (If any teams reading this would like to take part, and will soon be playing AFC Unity, please get in touch!)

Rest assured, AFC Unity will be doing even more to tackle food poverty – while continuing to highlight causes through activities such as the #UnityForAll campaign as well!